Where's Osama seems to be a big question for the last, to many years. Is Osama Bin Laden dead or alive? Don't you think it is an odd question? Wouldn't we know if he was dead. Thats what the powers that be wants us to think. I forsee Bush coming out with Bin Laden's body before he leaves office. He wants a big exit. It is August 28th when I am writing this.

Since he can't be found, I am going to have you help the CIA and everyone else find Osama Bin Laden. As soon as you find him, let our Great Federal Government know his where abouts.

We use to be good at this as kids, lets see how you do now. 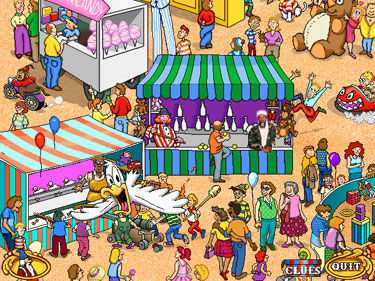 I received an email with an article which sparked my response to it. Side note, why does Osama where a green camo jacket in the desert? Does anyone ever think about that?

How we let Osama and the taliban escape

Some time back I read an article from infowars.net about how Osama Bin Laden may have died back in 2002. It is strange how a person in the desert can run around with serious kidney problems and still be alive 5 years later. Do people think anymore?

To the article that sparked this. I started to skim through this article and it made me sick that anyone could even believe this.

I couldn't even get passed the 1st 2 paragraphs. I had to stop so I could comment on it. "The Americans were getting close. It was early in the winter of 2004-05, and Osama bin Laden and his entourage were holed up in a mountain hideaway along the Afghanistan-Pakistan border. Suddenly, a sentry, posted several kilometers away, spotted a patrol of U.S. soldiers who seemed to be heading straight for bin Laden's redoubt. The sentry radioed an alert, and word quickly passed among the Qaeda leader's 40-odd bodyguards to prepare to remove "the Sheik," as bin Laden is known to his followers, to a fallback position."

If I remember correctly, Bin Laden and his men always have guns with them. Why wouldn't they have just died a martyr's death and go and shoot the US forces. Isn't that how the others do it? Maybe the soldiers were there on special orders for something else?

Maybe there were only a few of them that were checking on Obama to make sure their puppet was still alive? Maybe he never was a live and they put that in the news to make people think he was alive and to keep the Americans holding on because we are getting close.

"And so it has gone for six years. American intelligence officials interviewed by NEWSWEEK ruefully agree that the hunt to find bin Laden has been more a game of chance than good or "actionable" intelligence. Since bin Laden slipped away from Tora Bora in December 2001, U.S. intelligence has never had better than a 50-50 certainty about his whereabouts. "There hasn't been a serious lead on Osama bin Laden since early 2002," says Bruce Riedel, who recently retired as a South Asia expert at the CIA. "What we're doing now is shooting in the dark in outer space. The chances of hitting anything are zero.""

No traces since early 2002. That is the time speculated that Osama Bin Laden died. Is it a coincidence? Sounds like something fishy is going on to me.

"The Iraq War drained resources from the hunt, and some old bureaucratic bugaboos—turf battles and fear of risk—undermined the effort. The United States can't just barge into Pakistan without upsetting, and possible dooming, President Pervez Musharraf, who seems to lurch between trying to appease his enemies and riling them with heavy-handed repression."

Why can't we? We did to Iraq. We did to Panama. We didn't mind upsetting Chavez by overthrowing him. We don't mind doing it to Iran. We pay Pakistan 1 Billion dollars a year, and why can't we do what we want? Oh yea, he is helping to put on the show. He is part of the whole plot.

I can't take anymore of that article. We will see if over the next year, President Bush will pull the dead body of Osama Bin Laden out of the wood shed. I'm going to top this off with 2 videos of a press conference where the White House refuses to talk about Osama Bin Laden. What is so hard about answering the questions? As you will see, she just walks out. This should raise flags in everyones mind.

Return to the Articles Homepage